You are here: Home / Archives for prejudice 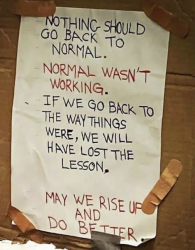 A little over two years ago in March 2020, much of our world came to a screeching halt because of the COVID-19 pandemic. Even during this frightening time many observed clear skies and quiet roads, and soon there was a renewed appreciation for educators, health providers, and the many folks who kept supplies in our stores and provided services to us all. There was gratitude for the efforts we took to stay connected to each other. I even appreciated the unique opportunities to enjoy theater and concerts online. During this time I found myself seeing, and seeking out, even the smallest ways to appreciate what was good around me as I found opportunities to support those who had greater need than myself.

I found that during this time there was a quietness within, and many took advantage. I certainly did. That first summer (and honestly since then as well), I have found myself undergoing massive personal transformations that have led to more subtle changes in my professional work. During this time, I have also witnessed the transformations of so many others: clients, colleagues, strangers, friends, and family. This has been a time for transformation, and it wasn’t just for us personally. END_OF_DOCUMENT_TOKEN_TO_BE_REPLACED 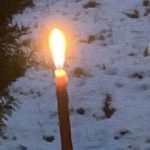 Now let’s talk about the entirety of this time. END_OF_DOCUMENT_TOKEN_TO_BE_REPLACED 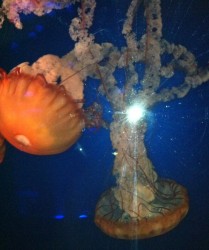 We all judge; and have our opinions on how things should be and how people should act. We get turned off if somebody acts in a way that doesn’t live up to the way we want things to be. At the end of the day we are all different and it comes down to unconditional love and acceptance. ~ Lenny Kravitz

There have been many great leaders urging us to accept each other as equals. The foremost leaders for my generation were President John F Kennedy and Martin Luther King, Jr. President Kennedy said, “If we cannot end now our differences, at least we can help make the world safe for diversity”. Martin Luther King Jr’s: “I have a dream that my four children…will not be judged by the color of their skin, but by the content of their character” is still revered.

We call the United States the melting pot, yet we have been striving for more than two centuries to fully accept our diverse members. Our Declaration of Independence states that all men are created equal with the right to life, liberty and the pursuit of happiness. Our Constitution was written to support these inalienable rights. Yet it took a Civil War and the Emancipation Proclamation before African Americans had the right to live freely, and an additional 50 years before the 19th Amendment allowed women to vote. And still there are groups that don’t have equal rights, so the conversations continue.  END_OF_DOCUMENT_TOKEN_TO_BE_REPLACED