You are here: Home / Archives for mindfulness

Discord is defined as a disagreement or lack of agreement. However, in the context of this article, discord refers to the emotional discomfort that you feel when what you want is not congruent to what is happening within or around you.

What do you do when you don’t like what’s happening and you can’t control the outcome? (This might be because you can’t control it, or because it’s not your place to do so, or because you don’t have permission.) Do you then select a different part of your life to grab hold of and hang on to tightly? More so do you actually think, pretend, or assume that you have now gained mastery over the events that your unconscious knows you really can’t control? And importantly, do you realize that this is what is happening?

I have talked with many clients about these experiences. The vast majority don’t even recognize all these aspects at a conscious level until it is discussed. In fact, it is not uncommon for an individual to focus on an event or a relationship, recognizing the discord there, when the primary source of discord is something else completely.

Have you noticed feeling strong emotions over an event, and you or others are surprised at your extreme reaction? In fact, the real area of discord is likely something else – for instance, unfinished grief from the loss of a loved one, a job, or a move.

Here are a few examples to help you begin to recognize the layers of discord:

This is not meant to minimize any of the emotionally charged events, or your responses. I am encouraging you to END_OF_DOCUMENT_TOKEN_TO_BE_REPLACED

#Resist: Fear and Denying Your Self

As I talk to clients and others I realize how many children and adults, but especially females, have trouble saying no. While being compassionate and kind are important, respecting yourself is at least as essential. You must know where your boundaries are, where they need to be and how to honor yourself by communicating these boundaries to others.

You have a right and a responsibility to care for yourself, which is why flight attendants instruct you to put on your own mask before assisting your children or those around you. Yet too frequently, you have assisted or done for others until you felt used and exhausted. If you did finally say no or asked for assistance, it’s probable that you also felt guilty doing so. This takes a toll on your physical and emotional health.

Most children are not explicitly taught how to assert their needs in a respectful and self-assured manner. Girls, especially, have been taught to be “nice” and to not make waves so it is problematic for most women to learn how to express their own needs in a healthy manner. Males are not immune from this difficulty.

In the absence of instruction or modeling, people stifle their voice and find themselves exhausted and resentful until their frustration builds to a deafening roar, and they angrily express themselves.

Breathe into your diaphragm. Soften your throat. Speak your needs respectfully and assertively, without aggression. Speak concisely, calmly and with strength.

Antecedents are the key to understanding and releasing

Years ago, I acquired a mini-poster showing how anger is actually due to a myriad of other emotions. It was one of those moments that helped to bring so many things into perspective. Anger is more of a reactive symptom, so when I see anger in my clients I look for the antecedent/cause.

I often show the poster to my clients so that they can understand their own anger, or the anger of a significant other. As many have explored their own anger, two additional causative factors have been added: feeling misunderstood and betrayal. Here is the complete list (in no particular order). Are there any influences that you would like to add?

Think about the times that you have felt or acted angry, and look at the list to identify your underlying emotion(s) to better recognize the real issue(s). Next, I encourage you to additionally go one step further. Think back and identify when in your history, most frequently during your childhood, you experienced that earlier emotion. Emotional extremes, like anger, are usually triggered by an earlier experience, for which the current event is a reminder. Now you have the potential to address it at its root in order to release the anger.

Fear is another emotional extreme. END_OF_DOCUMENT_TOKEN_TO_BE_REPLACED 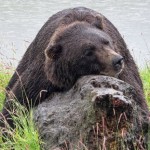 Here are some ways to keep your amygdala response to the more manageable 90 seconds: END_OF_DOCUMENT_TOKEN_TO_BE_REPLACED 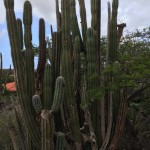 While chances are good that you or someone you know has ‘anger issues’, there is much more to anger than you probably realize.

In our society, most people are not in touch with the majority of their emotions. You are likely familiar with joy and happy, and sometimes even bliss. You can recognize sadness, and will likely assume that you or someone else is experiencing grief after a significant loss. You probably know about numerous other emotions, but primarily as a definition. Most people do not know what they are really feeling, especially when it comes to what our society refers to as the negative emotions.

Anger is certainly recognized by society as a negative, yet it also seems to be the most accepted, or expected, of emotions. This is especially true of men who are discouraged from expressing sadness, worry, and many other feelings. Historically, it has been frowned upon for women to express anger, yet increasingly women do so as well.

An interesting fact is, though incredibly prevalent, anger is not a primary emotion. Actually, it is the expression of other emotions. It is only when you identify that underlying experience and its corresponding response, that you can stop your explosions.

The next time you begin to feel the buildup of anger, I urge you to look deeper to find the origin. Here are a number of emotional possibilities that can guide you to the root of your anger: END_OF_DOCUMENT_TOKEN_TO_BE_REPLACED 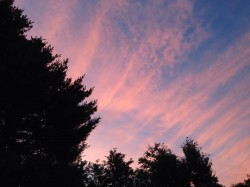 Our intuition is always there, always reading the situation, always trying to steer us the right way. ~ Arianna Huffington

I’ve known about my sixth-sense for some time. I first heard the term six-sensory from author and spiritual teacher, Sonia Choquette. Being a six-sensory means that you process your world with more than the conventional five senses (visual, auditory, touch, taste, smell).

Your sixth sense is your gut instinct. It’s natural, normal and everyone has it. The parental version of sixth sense awareness happens when children first venture away from parents: When you get there, if something doesn’t feel right I want you to call me or leave right away. Others talk about business relationships and opportunities: I just knew from the start that this was not a good person/idea, but I didn’t listen to my gut and I got burned. Think about the varied ways that your sixth sense has been involved in your life.

Now that we have established that you have a sixth sense, the question is: Do you listen to yours or have you ignored your inner voice?

Choquette believes that “your sixth sense should be your first sense”. Author Sophy Burnham (The Art of Intuition) says it’s the subtle knowing without ever having any idea why you know it. If you are ready to embrace your six-sensory self, there are ways to develop, and learn to hear, your inner voice / gut instinct / intuition:  END_OF_DOCUMENT_TOKEN_TO_BE_REPLACED 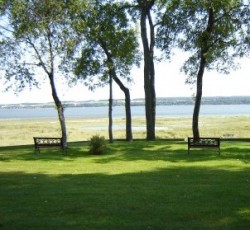 It is important that your child not be constantly focused on activities outside of the self. When your child takes the time to be inwardly aware, then s/he can maintain an open heart, allow emotions, and recognize and develop the authentic self. Teach your children the following skills:  END_OF_DOCUMENT_TOKEN_TO_BE_REPLACED