You are here: Home / Archives for tantrum 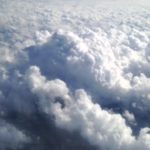 Last month’s article, Neuro-Sensitives and Sensory Overload, focused on how parents and professionals can reduce the sensory burden that neuro-sensitive children and adults experience every day of every week during various activities in their lives: medical, social, entertainment, school, shopping, etc.

As a continuation of that information, this month’s article will focus on the resulting behaviors that occur when the Sensitive, or their parent/professional, cannot adequately reduce the overwhelming level of sensory input. Certainly different individuals have different tolerances, but sensitives and empaths who understand this phenomenon, and can communicate it, have all described their meltdowns, or of recognizing its approach.

For non-Sensitives, even those who conceptually understand empathy, it may be hard to understand that someone can experience this extent of sensory sensitivity. As a result, since many parents and professionals can’t see it coming, they don’t know how to recognize these sensory meltdowns. In fact, frequently it is assumed that the individual is having a temper tantrum. However, tantrums and meltdowns are triggered by different things and require different responses.

THE DIFFERENCE BETWEEN TANTRUMS AND MELTDOWNS

Sensitive children are hyper-aware of their surroundings. To better understand their experience, think about the input that they receive from all five senses, and realize that they have minimal ability to decrease or minimize it. Additionally, they are often intuitive, and as empaths they are highly aware of others’ emotions to the point that they feel these emotions in their own bodies.

Unfortunately most empaths don’t realize this is occurring. They either assume they are feeling an intensification of their own emotions, or they just react. Empaths who understand what’s occurring describe their experiences as more than empathy. (Empathy is described as, “I can imagine how it must be for you.”)

Here are some statements that empaths have told me to describe being an empath: END_OF_DOCUMENT_TOKEN_TO_BE_REPLACED