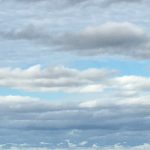 As a reader of my newsletter, you know that I am a fan of the work of Karla McLaren and her writings about emotions. A client recently brought one of McLaren’s articles to my attention, and after reading it I found I had a lot of reflections. I hope that you will read the article, and then my reflections. https://karlamclaren.com/grief-the-deep-river-of-the-soul/

I believe the river of souls is that deepest place of ourselves, of each of us, the part that we all have in common: that depth in each of our souls. That part that knows, and feels, and experiences.

In the article she also mentions the river of tears. I suspect this is a metaphor for that place to which all grievers go. That very deep, dark, hard place where you feel heavy and the best you can do is drop. And wail. However, most of our society does not allow that, let alone nurture and support it.

I do like the idea of the altar, especially for complicated and complex grief, because it can be so incredibly overwhelming and all-consuming for the body and the being. And I don’t think she means to insinuate that grief should be over in a matter of a couple of months. But I think her technique, and suggestions for this altar, could be helpful so that the being knows that the intense grief happens here, ceremonially and in real time. And this would allow for the option that when some time passes and you want to live life, while still grieving, you have a way of knowing that this is the place where it can take place safely.

It gives permission to really let the body and the feelings completely release, which is how grief heals. She talks about the need to really go down. To that place that most people don’t want to go to. That place that many in grief have found themselves in, numerous times. That place where so many are terrified to be, to feel. And it seems, within our culture, that to experience this depth, in the days and weeks after, would be so much easier, because our culture might accept a deep grief response, but not after a “given time”.

And then to Ceremonially release the process, by taking down the altar and repurposing the photos and mementos, and by possibly burying or burning some part of it to acknowledge to the being – the self – that this process, depth of process, has now completed.

My greatest take-away from this article is the reminder to all of us that grief is hard, and hurts, and it’s painful, and it’s really really scary. But when you grow up in a culture where you are allowed to wail, wail freely, and wail safely in the circle of loved ones, and the process has the potential of not being nearly so frightening, then everyone has seen that it has an endpoint because everyone has witnessed others do the same.

I found these personal reflections after reading this article quite meaningful. I remember being a kid and either overhearing adult family and friends, or reading in novels, about people who experience that intense grief, and wailing, and being given medicine to be numb to it all. I remember fearing that someday I would be in that intense place of feeling, and that it would be taken away from me. I think that is why this article was something with which I really resonated.

I had the opportunity to hear the personal story of a friend’s NDE that occurred when he had an adverse reaction to a medication. While being treated at the hospital he slipped into unconsciousness. While his wife watched the medical staff work on him, she witnessed the challenges that his physical body experienced – shaking, unconsciousness, etc. When he returned to consciousness, she immediately asked him, “Where were you?” (She knew she didn’t want him to forget.) He spoke of his awareness of being in a space of light. He had no sense of his body in this space, and in fact he could not describe the space itself as he didn’t sense any dimensionality to it. He sensed that the light had no source, yet it was all around, everywhere. He knew he wasn’t seeing any of this with his eyes. He felt great peace.

He has always had a strong sense of the soul/spirit, and wonders if he had the opportunity to observe the presence of his own soul/spirit, particularly without the joint awareness of the body.

Was this an out of body experience (OBE)? Was it a NDE? We can’t know for sure, but a large group of medical personnel were working rapidly to stabilize him when a known blood test/marker was beyond dangerously low. Many patients describe seeing their bodies and hearing their doctors, but this was not this gentleman’s experience. Yet, what seemed far more profound for him was getting to recognize his soul….as a separate entity from his body. You know what they say (and especially since he is alive to tell the tale)…….. PRICELESS!

What? You’re never heard of this? Well, I hadn’t either. Years ago I attended a conference by Jewish Hospice and Chaplaincy about death and grief. It was a profound day, and I was intrigued to learn about death doulas. I was fascinated by the concept and wondered if in the future I might join hospice or become a certified doula. But I had enough on my plate personally and professionally and decided that “there was always the future”.

I had previously heard about birth doulas though not until after my three (now adult) children had been born. The role of the birth doula is also intriguing to me and is to support the mom and the birth process, helping individuals transition into life.

This past April, my 92-year-old father passed away. We were blessed to have the presence of hospice workers to support his process and our family. (And I highly recommend that if you currently, or in the future, are dealing with the death of a loved one that you bring in a hospice team. They help the patient to die with dignity, and in comfort, and they are amazingly supportive for the family members.)

On the night that my dad died I called for a hospice nurse to see him. She was such a blessing. She took his vitals, observed him, and explained to me that his time was drawing near. She drew my attention to how he looked outward and beyond without focusing in the room. She explained that he was hovering between the realms – this one where his body was, and “the other side of the veil” where I knew his soul/spirit was going. She gently touched him, and called his name, and gave him permission to go to those whom he saw on the other side who were waiting for him. I recognized then that as a hospice nurse her role was also that of death doula, supporting his process for him and for me.

But there is actually more to this story. You may know that I do a lot of energetic, meditative, journey-work. I’m realizing that much of it is shamanic in nature. During the last weeks of my dad’s life it was very hard to communicate with him and I began to talk to him soul-to-soul and also in light language.

In those last days of his life, as my dad’s time drew to an end, I found myself engaging in energy work, non-traditional communication, and shamanic journeys to facilitate his transition. It was a profound experience for me and our relationship, and I really believe that it was profound for him as well. I am very appreciative that Spirit provided me the necessary guidance so that I could be his death doula.

Recently I wrote about T/t trauma and explained that most people think of the more traditional explanation of trauma (T) that includes assault, war, accident, etc.; and that Sensitives experience (t) traumas daily when their sensory experiences create a physiologic effect that is similar to those who experience T trauma and PTSD. Read more about T/t Trauma here.

While talking with a colleague recently about death, transformation, the work that I do as a therapist, and my recent role as death doula, we realized that the process of dying and death can also be explained with a ‘D’ and a ‘d’.

Death with a D is the more obvious and traditional, referring to one’s transition from this life on Earth including one’s release of the physical body to cross the veil.

Death with a small d can refer to all those things that one releases during one’s lifetime, including but not limited to: expectations, prior beliefs, ineffective patterns, relationships, and old ways of defining oneself. One experiences a small d death process when they retire, leave a job, become empty nesters, etc. Interestingly, one also processes the small d death process when they head off to college, marry, start a new job, have children, move to a new home or any other significant change. As we do each of these things we have the opportunity to release our old patterns and definition of self in order to shift to our new experience, and thus have a fuller awareness of Who We Really Are.

I invite you to look at the puzzle of your life up to this point. How many ways have you redefined yourself in relationship, in work, or even in your inner experience? And how many of those old patterns are you still carrying with you? Do they drag you down? Drag you back? Author Carolyn Myss cautions us that if we continually look into the rear view mirror of our life, then we will be led by our caboose (our past) rather than our engine. I invite you to release your old patterns as well as your previous definitions so that you can embrace Who You Really Are now.

As a result of all these reflections, I now understand the more expansive definition of the death doula’s role. S/he is one who helps others to release their old, tired, and ‘dead’ patterns, and to assist in true transformation.

That might have been a lot for you to read and process. How are you doing? I would love to hear your stories, and your reflections.

If you are interested in learning more about talking soul-to-soul you can read the article Soul to Soul Communication that I wrote in 2004. I will write about Light Language in the future.

Judy Lipson is a Licensed Professional Counselor and educational strategist in West Bloomfield, MI. She helps clients of all ages who have learning difficulties, work or school related anxiety, ADHD, Asperger’s Syndrome or Autism Spectrum Disorders, and those who wish to Remember and Become ‘Who You Really Are’. Contact Judy at 248.568.8665 and judylipson@spiralwisdom.net, and visit www.JudyLipson.com for more information.