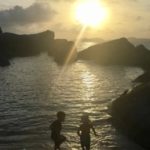 Unfortunately, Gen Z seems to have another tragedy in common as well. As I listen to today’s children and teens, one key component of their life is that they all have been affected by the 1999 mass shooting at Columbine High School. These students’ school experiences have not only included annual tornado and fire drills, but intruder drills as well.

Since the Millenials are identified as the largest group born to the previously largest population – the Baby Boomers, it seems apparent to me now that many of those hippies of generations past were likely the early waves of Indigos (see box for additional information).

I have been referring to the amazing students who organized the March for Our Lives as Indigos. I now believe that this name is not sufficient for this amazing group of youth. This new group has the same compassion and empathy as the Crystals (see box), coupled with the fire of the Indigos, and the desire for societal change that was initiated by the hippies. This new group also has stamina, persistence, and of no minimal importance, a superb ability to connect with each other. They are the full package, and they are getting it done!

An example: I spoke with an 8th grader (from Connecticut) in Washington DC the day after the March For Our Lives. We were all in line to visit the Holocaust Museum in DC. We noticed in conversation that she demonstrated maturity far greater than her years (we assumed she was a high school senior or early college student). She was eloquent, articulate, and passionate. She told us: You think my generation just sits on our phones, but we use these phones to connect with each other and to communicate. This is why in only 40 days there were 800+sister marches across the US and the world, including the continents Canada, Africa, Europe, Australia, and Asia. Those numbers speak to the ability of social media and the power of these kids.

A further example is her explanation of why she was in line to enter the Holocaust Museum. Although only 14, she realizes that those with first hand memories and knowledge of the Holocaust are nearly gone. She has decided that she should experience the knowledge so that the lessons are not forgotten!

This was not the only type of communication that was happening. I felt it at the march, and I’ve talked to others who participated in various marches, or who watched them on TV. We could feel the palpable connections that were being made between each of us, and with the speakers. We were each connecting to each other around a common theme. We were experiencing Oneness – across a crowd, across the airwaves of television, across hundreds of thousands of people, and across vast distances.

The oneness that we experienced at the march is just one example of what these Star Children (see box) can offer us. There is no coincidence that many of these kids’ grandparents are the baby boomers, creating a generational bookend for these amazing children. We thought WE invented the word change. Seems that THEY are the change we have been waiting for.

And with this recognition comes the potential for a new way of looking at this amazing young generation. Many of the current paradigms and systems that we have may actually be inappropriate for them. For instance, I’ve noticed when working with the children who have Crystal characteristics that the trends of parenting and guidance seem different. The parents’ and teachers’ roles have traditionally been to teach the kids in the ways of the world, but things seem different with this new generation. They have a much stronger sense of self. They are not afraid to have a different opinion as if they know its importance in creating change. As I work with families I observe how the children and teens are frequently teaching the parents a new way of being, of understanding, and of relating.

Be cognizant that it might be time for teachers and parents to take on new roles. I often tell kids that they (the child) have very important information, and new methods of inter-relating. Yet their parents know best the ways of “this” world and “this” society. The kids are here to create and guide us through massive changes, while adults can mentor the youth to navigate the existing currents.

A new shift may be at hand. If the adults sitting in power positions aren’t going to adequately help our youth to navigate our society towards the changes that they are here to develop (peace, oneness, compassion, etc) then they will go around us. The kids seem to have the stamina to play the long game, though it needn’t take long. The process may feel harder for adults who traditionally practice resistance to change. So please, if you are a baby boomer (or member of any other generation) I encourage you to embrace the change that is upon us with the memory that THESE CHANGES ARE EXACTLY WHAT WE WANTED!

Doreen Virtue, a teacher of metaphysics, has identified the following groups:

Judy Lipson is a Licensed Professional Counselor and educational strategist in West Bloomfield, MI. She helps clients of all ages who have learning difficulties, work or school related anxiety, ADHD, Asperger’s Syndrome or Autism Spectrum Disorders, and those who wish to Remember and Become ‘Who You Really Are’. Contact Judy at 248.568.8665 and judylipson@spiralwisdom.net, and visit www.SpiralWisdom.net for more information.